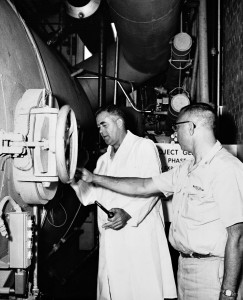 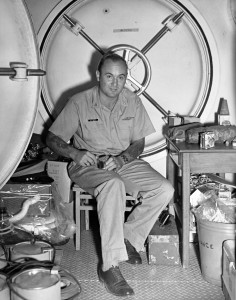 Bob Barth prepares for a long stay inside a pressure chamber. 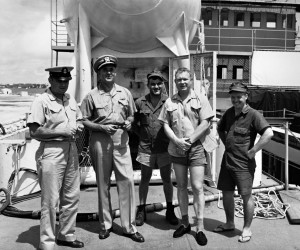 Capt. George Bond and the first aquanauts stand with Sealab I before a trial run in 1964. 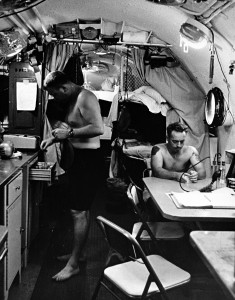 Robert Thompson and Tiger Manning inside the first Sealab “habitat,” a prototype shelter for divers living on the seabed. 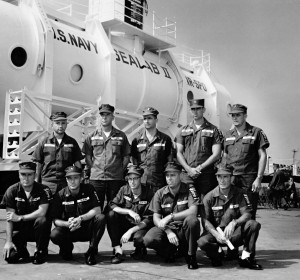 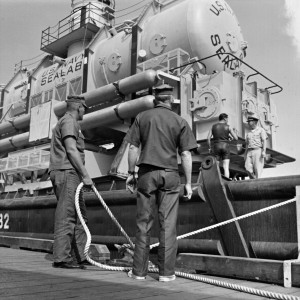 Sealab III arrives at Long Beach, Calif., in 1968, en route to its place on the seabed.