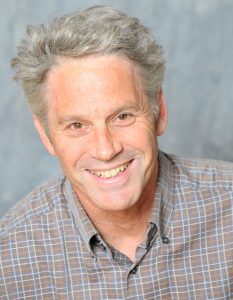 Ben Hellwarth is a journalist, author, editor, ghostwriter, and all-purpose wordsmith. He won a number of notable awards during a 15-year stretch working full time for newspapers before landing a contract with Simon & Schuster to write his first book, the well-received nonfiction narrative Sealab: America’s Forgotten Quest to Live and Work on the Ocean Floor. It’s the first book to tell the full story of a game-changing U.S. Navy project of the 1960s whose legacy lives on in deep-sea diving and manned undersea operations, despite a persistent dearth of funding, as Ben has explained in a number of published articles, including an op-ed in the New York Times.

It should be noted that Ben does not typically refer to himself in the third person, like, say, Bob Dole or Elmo, both well-known illeists. But for the purposes of this brief bio Ben figured he’d stick with the third person, a convention of many websites – not that he’s totally conventional.

One of the professional hats Ben wears nowadays is as unofficial spokesman for the pioneering U.S. Navy scientists and divers who made Sealab and its breakthroughs in deep diving possible (as in these New York Times obituaries for Walt Mazzone and Bob Barth). Audiences at numerous events have heard Ben’s (lively!) PowerPoint presentation, which includes some of the rare audio recordings and visuals he dug up while researching his book, and Ben makes frequent on-screen appearances in the recent PBS documentary based on his book.

A rigorous approach to research and reporting has long been a hallmark of Ben’s journalism, as has his discerning way with words, especially when it comes to explaining complicated or unfamiliar stuff – like a lot of the science and technology involved in the Sealab ventures. There’s a reason Parade magazine called Sealab “as captivating as an adventure novel.” Others offered similar praise for the book’s fusion of style and accuracy. You can read the first chapter here, and if you want a glimpse into the inner workings of investigative journalism (and near-obsessive fact checking), take a look at just one chapter’s worth of endnotes.

Ben has an impressive trove of stories from his newspaper years, if he does say so himself, and has lately had articles published in a variety of top-notch media, as you can see here. As a contributor to the Huffington Post, now formally known as HuffPost, he has weighed in on a range of intriguing topics, as you can see here. With any luck, he’ll come up with another subject as worthy of a book as the Sealab program.

As Ben continues to pursue his own writing, he is also in the business of helping others with their writing and has worked with a diverse group of clients to create pitch-perfect prose for books, brochures, newsletters, websites, essays, editorials – you name it. If getting the words right is your goal, then Ben can help you find the right words. Besides being a deft stylist, he’s a sharp-eyed copy editor and something of a grammar geek, whose pleasure reading includes Fowler’s Modern English Usage, The Associated Press Stylebook, and The Chicago Manual of Style. Ben’s inner grammarian practically tap-danced around the room to “Divide and Conquer,” an episode of Malcolm Gladwell’s “Revisionist History” podcast that pondered the usage and implications of the semicolon in Article IV, Section 3, of the U.S. Constitution. (One of Gladwell’s expert guests was Mary Norris, the longtime New Yorker copy editor, whose linguistic romp of a book, Between You & Me: Confessions of a Comma Queen, Ben had read with highlighter in hand.)

Ben is currently based in Los Angeles, where he grew up and, among other things, learned to surf before leaving home after high school to attend UC Berkeley. The ocean was no longer as nearby, and, by Southern California standards, northern waves felt like an icy slap in the face. So there was considerably less surfing, a lot more studying, and a fair amount of international travel, including stints in Paris, where Ben brought his French up to conversational speed, and in Moscow, where he had less success with his elementary Russian but a memorable Soviet-era sojourn nonetheless.

Soon after graduating from college, Ben wrote his first story for a Berkeley newspaper and, well, that was it. Reading All the President’s Men and The Right Stuff fueled the journalistic fire, and the San Francisco Bay Area was an inspiring place for a young journalist to get started. Ben followed his career path to Sacramento, Santa Barbara, and then western Pennsylvania, his young family’s home base while he worked on Sealab. Details are on his LinkedIn profile.

Any questions? Send Ben an email at info@benhellwarth.com. He is good about responding, usually promptly. I should know. I am Ben Hellwarth.